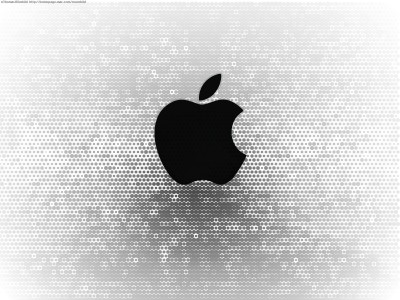 My experience with apple started with my first job out of college. My employer bought an Apple II with Visicalc to circumvent some of the mainframe issues we had. I thought this was absolutely amazing and just had to get one for myself. As it was my first job out of school, the price tag for an Apple II WITH a 5 1/4 floppy and monitor was roughly equivalent to 2 months of my net pay…..but it didn’t matter. I knew there was something revolutionary here and I had to be part of it. To save a few buck I was able to score a Bell & Howell Black Apple….the ones used for the education system. How cool was that! 64K memory and a ultra-cool amber monitor to go with my black Apple!

Since then I have used Apple products on and off again….largely dictated by my work environment and what they were using. Fortunately, I had some progressive employers who used Macs for more than just graphic artists and actually standardized on them from 1989-1998 or so. Ultimately though, the IT department finally won and we converted over to PC’s. This was a sad day for me as I have always been a power user, and the Mac just seemed to handle multi-tasking and applications better than any windows box ever could.

Moving forward in time, after leaving an employer early 2008 I needed to get a new laptop. I needed to have a computer that could handle my workload, but even more importantly….and Steve Jobs understood this, one that I would love to use. Of course I bought a MacBook! Steve has continued to provide joy and wonder for me since that day with my Touch, iPhone, iPod, and iPad. No one has had such an impact on me that could get me to freely give so much of my earning to them as Steve did. His vision and creativity will be sorely missed and there is a large hole in the universe today. As a final tribute, in Steve Jobs own words: “No one wants to die. Even people who want to go to heaven don’t want to die to get there. And yet death is the destination we all share. No one has ever escaped it. And that is as it should be, because Death is very likely the single best invention of Life. It is Life’s change agent. It clears out the old to make way for the new. Your time is limited, so don’t waste it living someone else’s life. Don’t be trapped by dogma — which is living with the results of other people’s thinking. Don’t let the noise of others’ opinions drown out your own inner voice. And most important, have the courage to follow your heart and intuition. They somehow already know what you truly want to become. Everything else is secondary.” – Steve Jobs